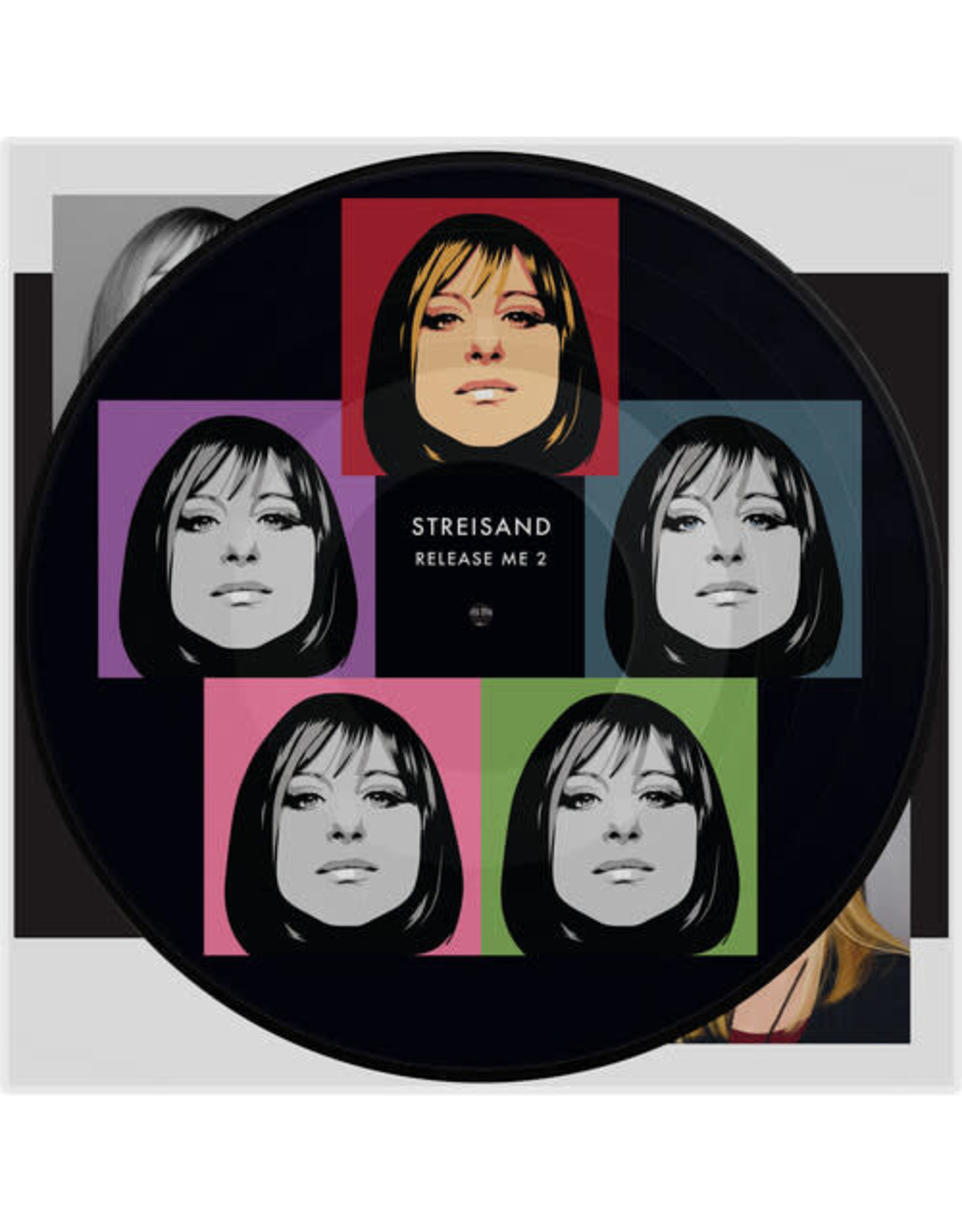 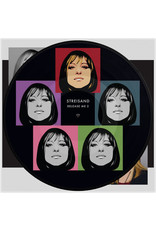 Release Me 2 is the brand new collection of studio performances from the vault of the legendary Barbra Streisand. The album showcases ten previously unreleased songs recorded over the course of Barbra Streisand's impressive career. Release Me 2 features collaborations with Willie Nelson, Michel Legrand and Barry Gibb, as well as her breathtaking cover of Carole King's "You Light Up My Life".

In her notes for the album, Barbra says, “For me, the studio is a combination musical playground and laboratory…a private sanctuary, where the possibility of catching lightning in a bottle always exists. Whenever that kind of magic happens, it’s extremely satisfying. Sometimes though, when the arrangement doesn’t quite gel or the song no longer fits the tone of the album it was meant for, the tapes go into the vault for safekeeping. Working on this 2nd volume of Release Me has been a lovely walk down memory lane…a chance to revisit, and in some cases, add a finishing instrumental touch to songs that still resonate for me in meaningful ways. I’m particularly struck by the ongoing relevance of ‘Be Aware’ and ‘One Day,’ which still speak to our collective sense of humanity.”

Throughout her career, Barbra’s passionate social activism has been a driving force in her art and life. Her performances of “Be Aware“and “One Day (A Prayer)“ connect to the core of the human condition. Written by Burt Bacharach and Hal David as response to the plight of world hunger and homeless children, “Be Aware“ was recorded in the studio to establish an arrangement for Barbra’s appearance on the 1971 television special, “Singer Presents Burt Bacharach. Produced by Burt Bacharach & Barbra Streisand, “Be Aware“ was recorded in 1971 and 2020.

Featuring a melody by Michel Legrand and lyrics by Alan Bergman and Marilyn Bergman, “One Day (A Prayer)“ is an evocatively hopeful message of peace. Barbra recorded the song on three separate occasions in 1968-69, each with a different arranger. All three versions were archived in the vault until 1990 when a rough mix of the Don Costa arrangement was broadcast on The Earth Day Special (ABC), featuring a video of Barbra performing the song. Release Me 2 presents the Don Costa arrangement of this glorious anthem with the finished mix it’s always deserved. Produced by Barbra Streisand & Wally Gold, “One Day (A Prayer)“ was recorded in 1968.

In addition to her duet with Willie Nelson, Release Me 2 features Barbra singing with Muppet superstar Kermit the Frog on the classic composition “Rainbow Connection“ (originally intended for Barbra’s Wet album in 1979) and a musical collaboration with Barry Gibb on “If Only You Were Mine,“ written by Barry Gibb/Ashley Gibb/Stephen Gibb as a potential bonus track for 2005’s Guilty Pleasures. Produced by Barbra Streisand & Jochem van der Saag, “Rainbow Connection“ was recorded in 1979 and 2020. “If Only You Were Mine“ was produced by Barry Gibb and John Merchant in 2005.

Other highlights on Release Me 2 include Barbra’s interpretation of Carole King’s “You Light Up My Life,“ a song from King’s 1973 Fantasy album which Barbra recorded for potential inclusion on her 1974 Butterfly collection. Produced by Barbra Streisand, with additional production and mix by Jochem van der Saag, “You Light Up My Life“ was recorded in 1974 and 2020.

Barbra’s heartrending interpretation of Randy Newman’s “Living Without You“ was one of four Newman compositions originally recorded in 1971 for Barbra’s Stoney End album. Fine-tuned and polished for Release Me 2, “Living Without You“ was produced & arranged by Walter Afanasieff & Barbra Streisand and recorded in 1971 and 2020; the original vocal was produced by Richard Perry.

The earliest studio recording on Release Me 2 is Barbra’s incandescent performance of “Right As The Rain,“ an elegant ballad penned by Harold Arlen and E.Y. “Yip“ Harburg (“Over The Rainbow“) for the 1944 Broadway musical, “Bloomer Girl.” This is one of four songs Barbra recorded in 1962, prior to cutting her debut album the following year. Though she re-recorded the song for The Second Barbra Streisand Album in 1963, this essential early studio performance captures the sound and spirit of a young emerging superstar talent. Produced by Mike Berniker, “Right As The Rain“was recorded in 1962.

Release Me 2 closes with “Once You’ve Been In Love,“ a Michel Legrand/Alan Bergman/Marilyn Bergman composition transformed into a stunning once-in-a-lifetime tour de force, a single-take live-in-the-studio performance with Barbra singing directly in front of the orchestra without the benefit of an isolated vocal booth. The effect is remarkable, with Barbra’s voice, the orchestration, the lyrics and the music blending together in a cascading unified complex of sound and emotion. Produced by Barbra Streisand, arranged & conducted by Michel Legrand, mixed by John Arias, “Once You’ve Been In Love“ was recorded in 1973. 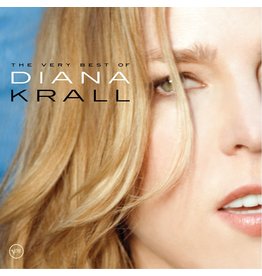 Over the past fourteen years, Diana Krall has released eleven records. This collection features selections from six of her best-selling albums, celebrating her extensive repertoire. The set also features three previously unreleased versions of songs made
Diana Krall - The Very Best Of Diana Krall
C$37.99 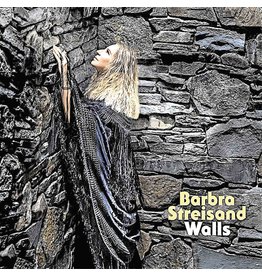 'Walls' is the stunning new album from Barbra Streisand. This collection is Streisand's first album primarily consisting of original songs since 2005. 'Walls' finds Barbra exploring both her concerns and hopes for the future in a collection filled with be
Barbra Streisand - Walls
C$26.99 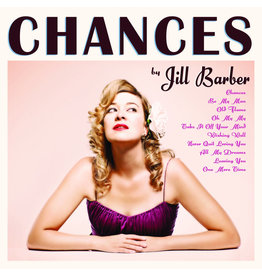 'Chances' marked a noted departure from Barber's previously established folk-pop records, instead working within a jazz style which was compared by fans to Doris Day and Peggy Lee. Three of the songs were co-written with Ron Sexsmith, with the album being
Jill Barber - Chances (Limited Pink Taffy Vinyl)
C$24.99 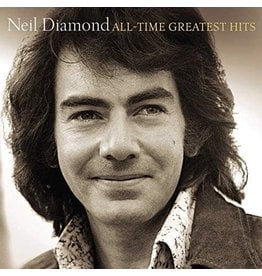 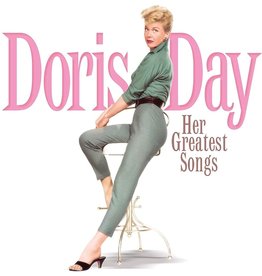 Doris Day 'Her Greatest Songs' features sixteen of her greatest hits! It has all the favourites like "Que Sera, Sera", "Move Over Darling", and "When I Fall In Love".
Add to cart
Doris Day - Her Greatest Songs (Pink Vinyl)
C$27.99 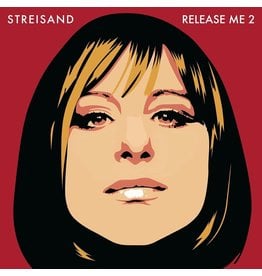 'Release Me 2' is the brand new collection of unreleased studio performances from the vault of the legendary Barbra Streisand. On this new album, she gives fans rare recordings like "Be Aware" and "I'd Want It To Be You", a duet with Willie Nelson.
Add to cart
Barbra Streisand - Release Me 2
C$26.99
Please accept cookies to help us improve this website Is this OK? Yes No More on cookies »