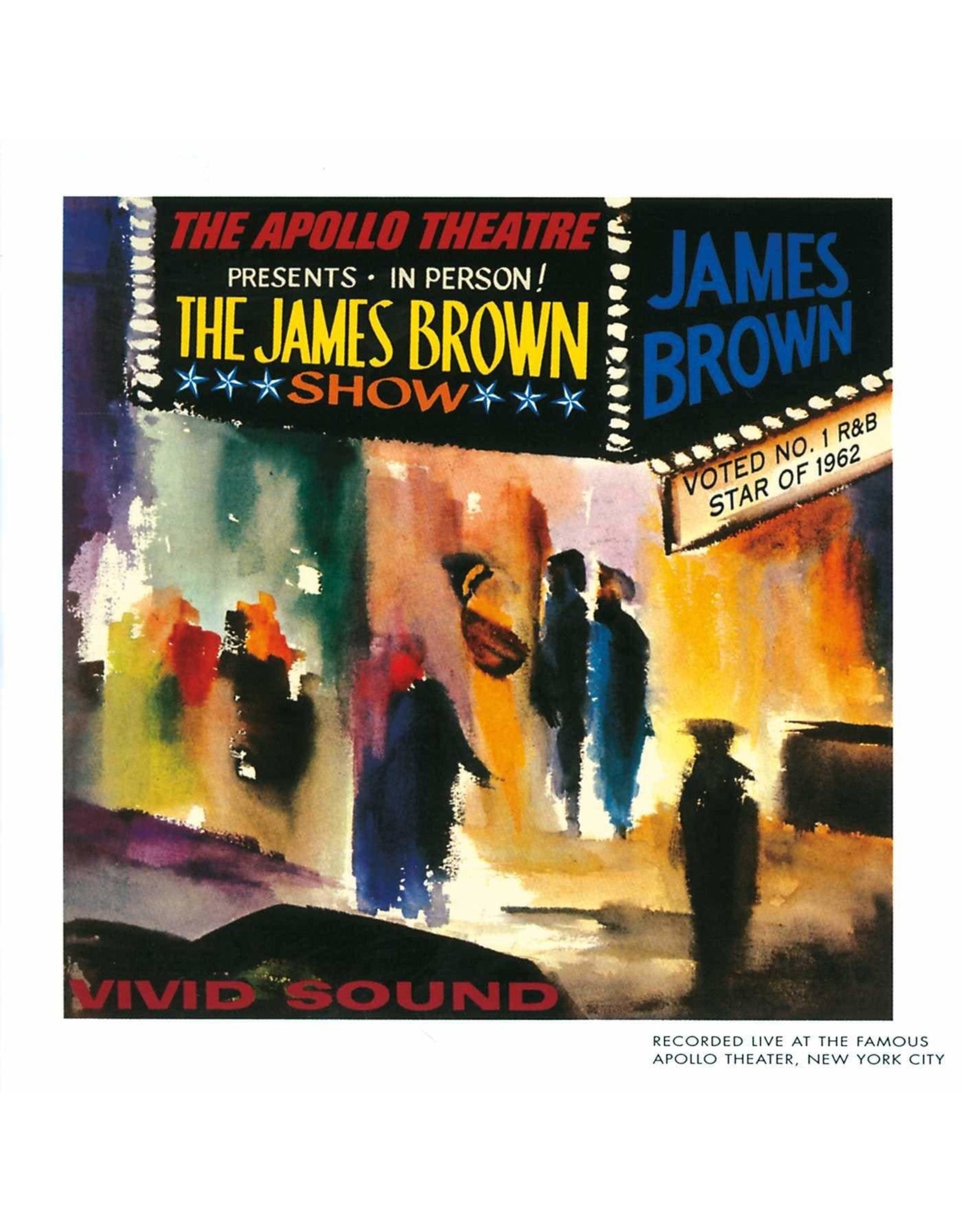 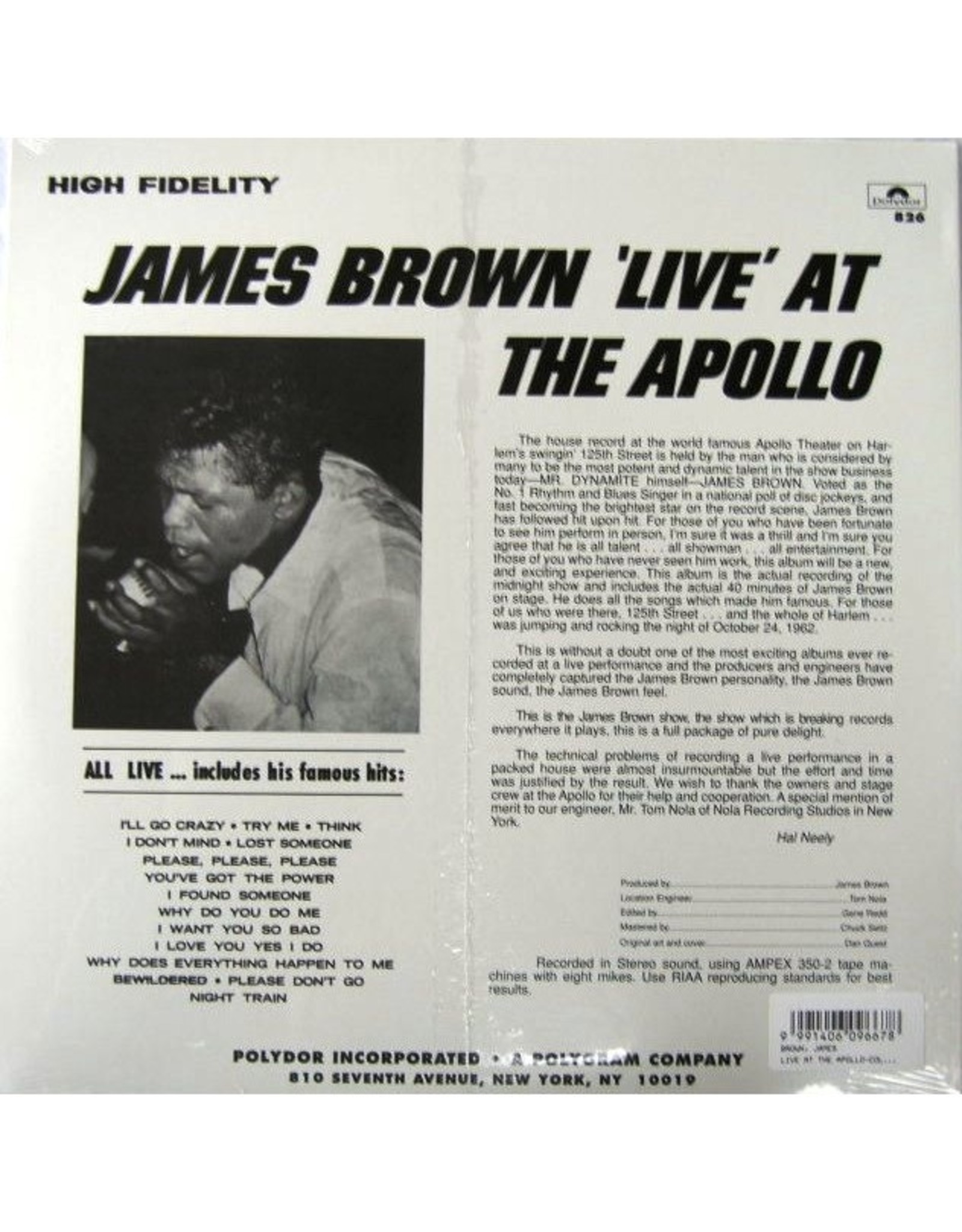 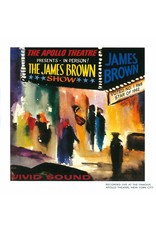 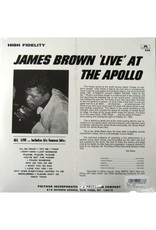 "Live At The Apollo" by James Brown and The Famous Flames, recorded at the Apollo Theater in Harlem on the night of October 24, 1962 at Brown's own expense. It spent 66 weeks on the Billboard Top Pop Albums chart, peaking at #2. R&B disc jockeys often would play side 1 in its entirety, pausing for commercials, only to return to play side 2 in full as well. The side break occurred in the middle of the long track "Lost Someone". Rolling Stone ranked it among the 500 greatest albums of all time. 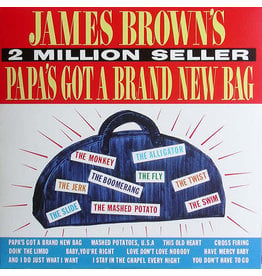