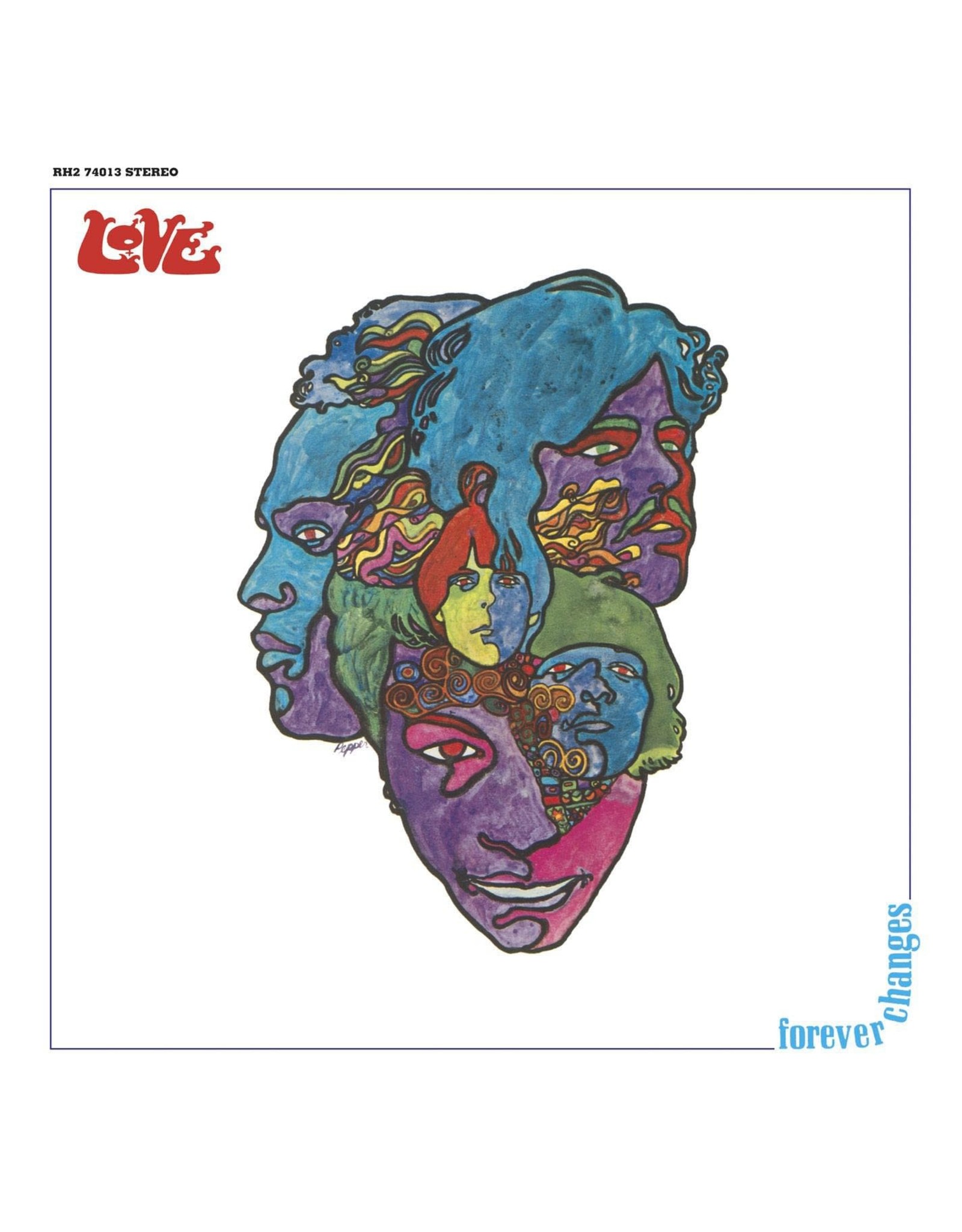 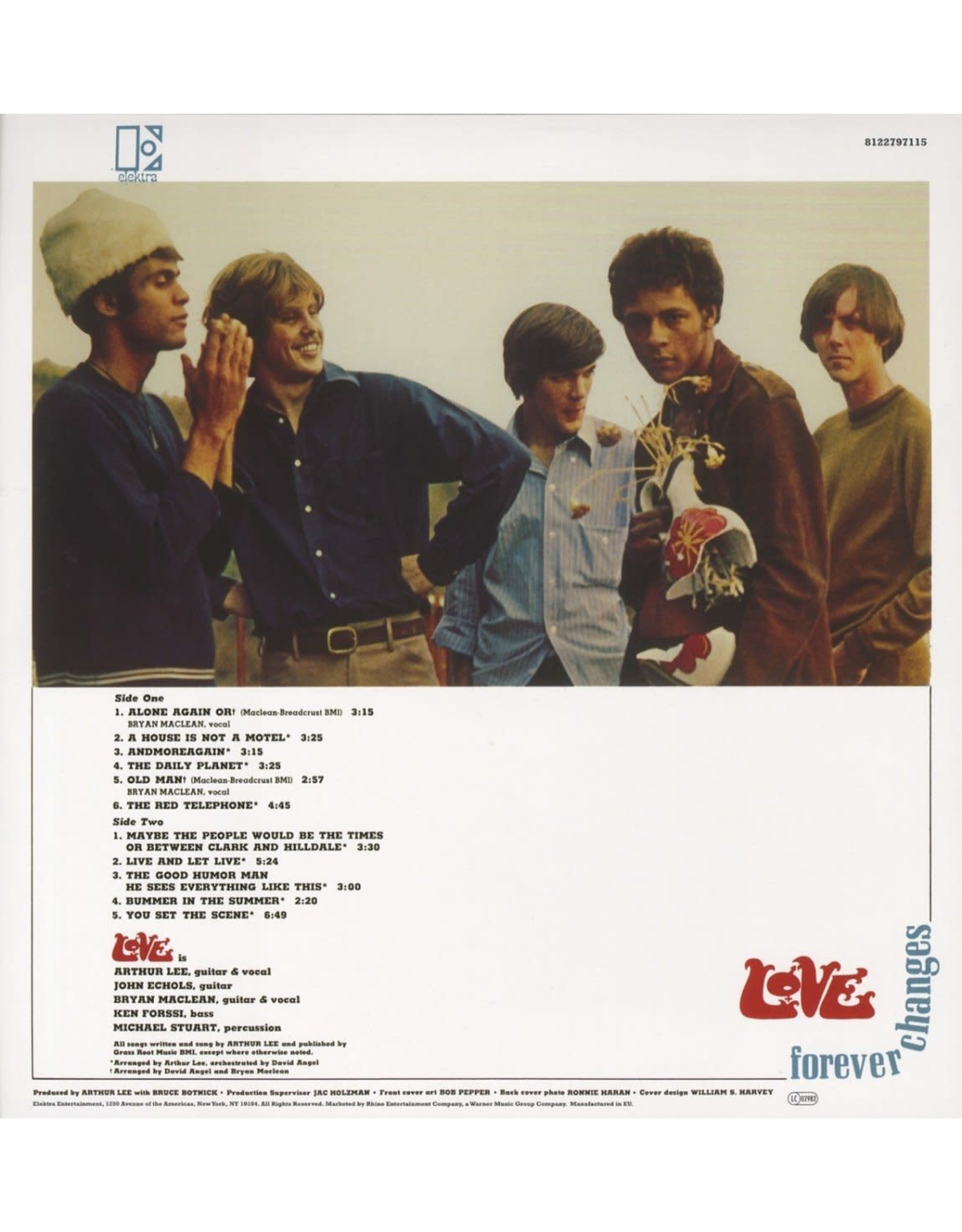 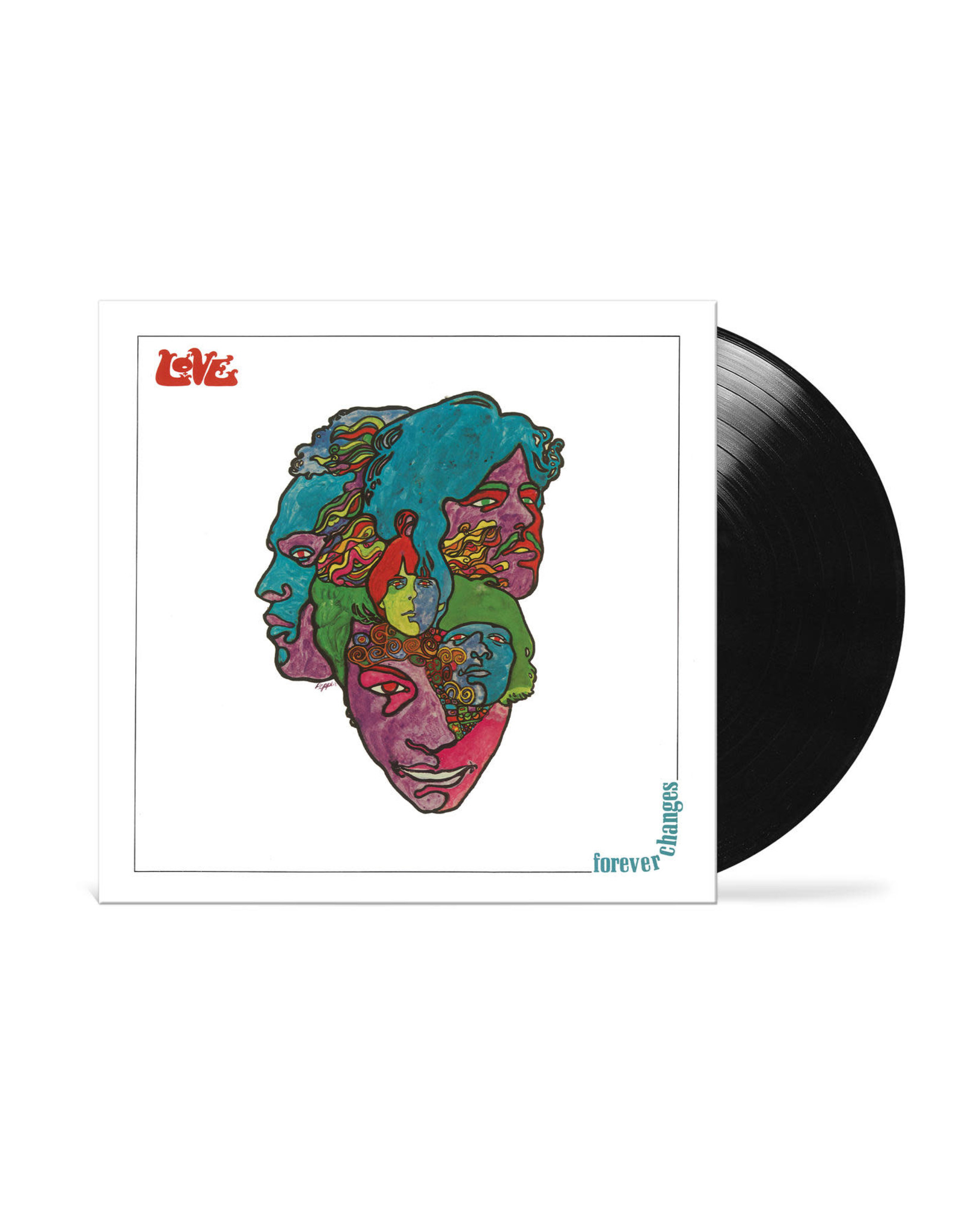 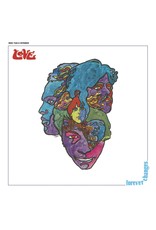 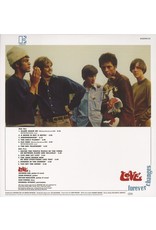 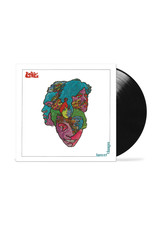 This is the first time the elusive MONO mix has made it's way to vinyl! Love’s iconic 1967 album Love Changes features the classic single "Alone Again Or”, "Andmoreagain," "The Red Telephone," and "Live And Let Live."

The third and final album by the original Love lineup, Forever Changes regularly draws epic praise. Rolling Stone described it as "elegant armageddon" when listing it as #40 in the "500 Greatest Albums Of All Time. This landmark album that is the psychedelic folk-rock pioneers' most fully realized studio effort. It was produced by band co-founder / frontman Arthur Lee and The Doors' engineer / producer Bruce Botnick. 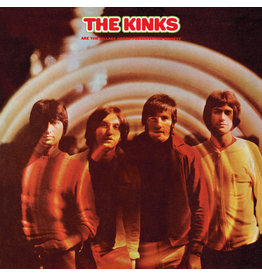 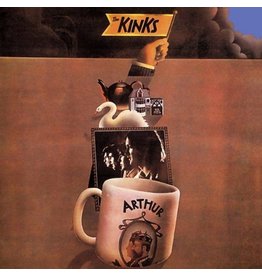