Lead by Shock G and his alter ego Humpty Hump along with Money B and DJ Fuze, Digital Underground blended P-Funk, jazz, and even Jimi Hendrix riffs in a party-fueled hip-hop adventure. The title track of Sex Pockets introduces the concept side of the album in a series of songs about "G.S.R.A." (Genetic Suppression Relief Antidotes), a pharmaceutical substance that is produced in the form of a large glowing pill about the size of a quarter, which comes in a condom-sized package and is allegedly developed by the government to provide its intended users such as astronauts with a satisfying sexual experience in situations where the normal attainment of such experiences would be counter-productive to the mission at hand.

This hip-hop classic features the singles "Doowutchyalike" and "The Humpty Dance". 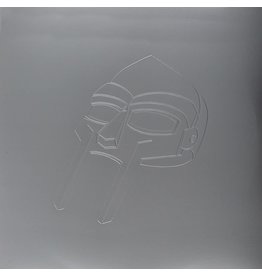 On 'Operation: Doomsday', the masked rapper blurred the lines between present and past all the while delivering a masterpiece that molded an approach to rapping and producing that was suffused with memory. It features "Dead Bent", "Gas Drawls" and "Hey!"
MF DOOM - Operation Doomsday (Silver Cover)
C$46.99
Sale 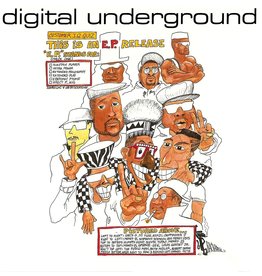 Celebrate the 30th Anniversary of Digital Underground's now cult-classic, 'This Is An E.P. Release' which features the singles "Tie the Knot" and "Same Song".
Add to cart
Digital Underground - This Is An EP Release
C$27.99
C$22.99
Please accept cookies to help us improve this website Is this OK? Yes No More on cookies »