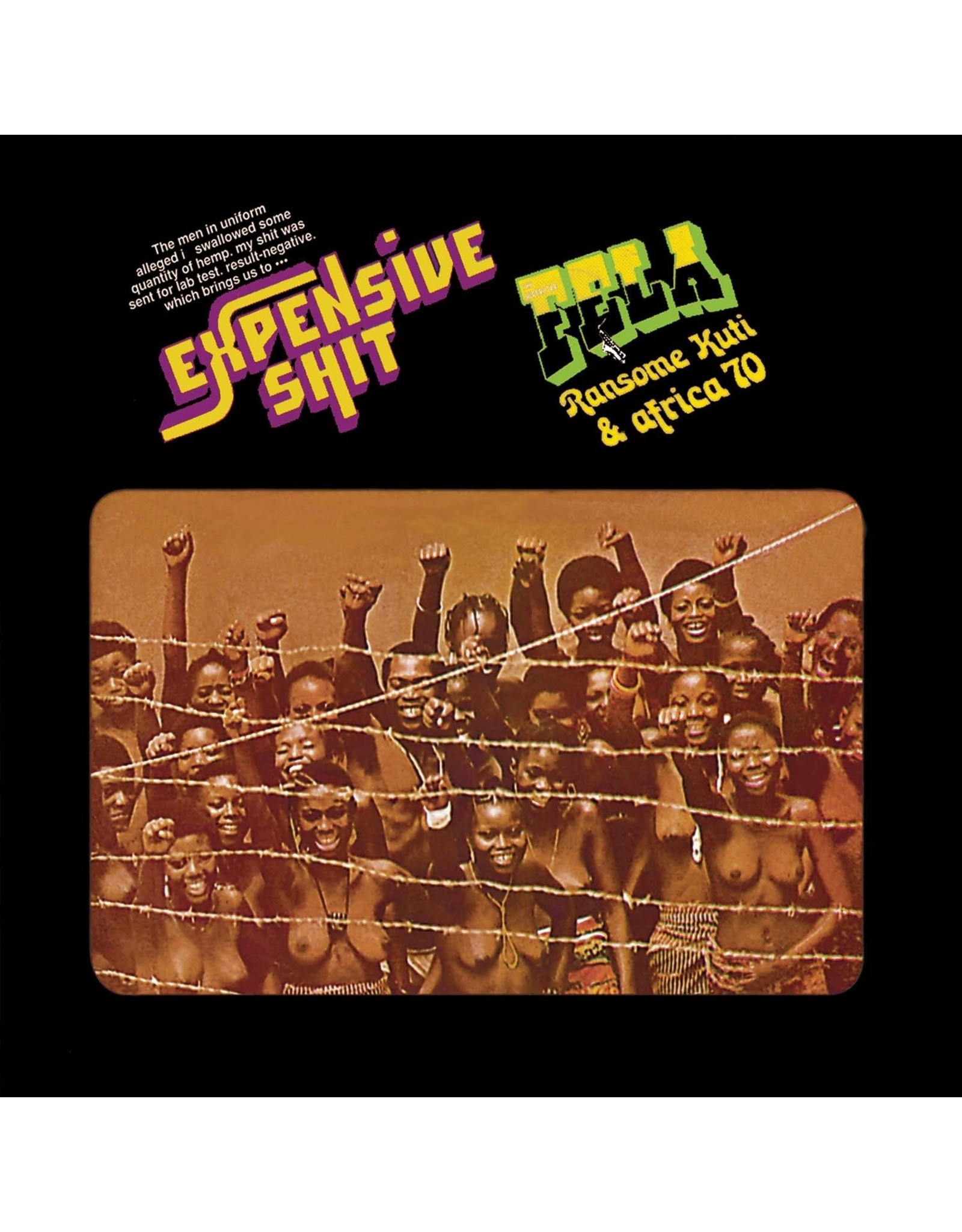 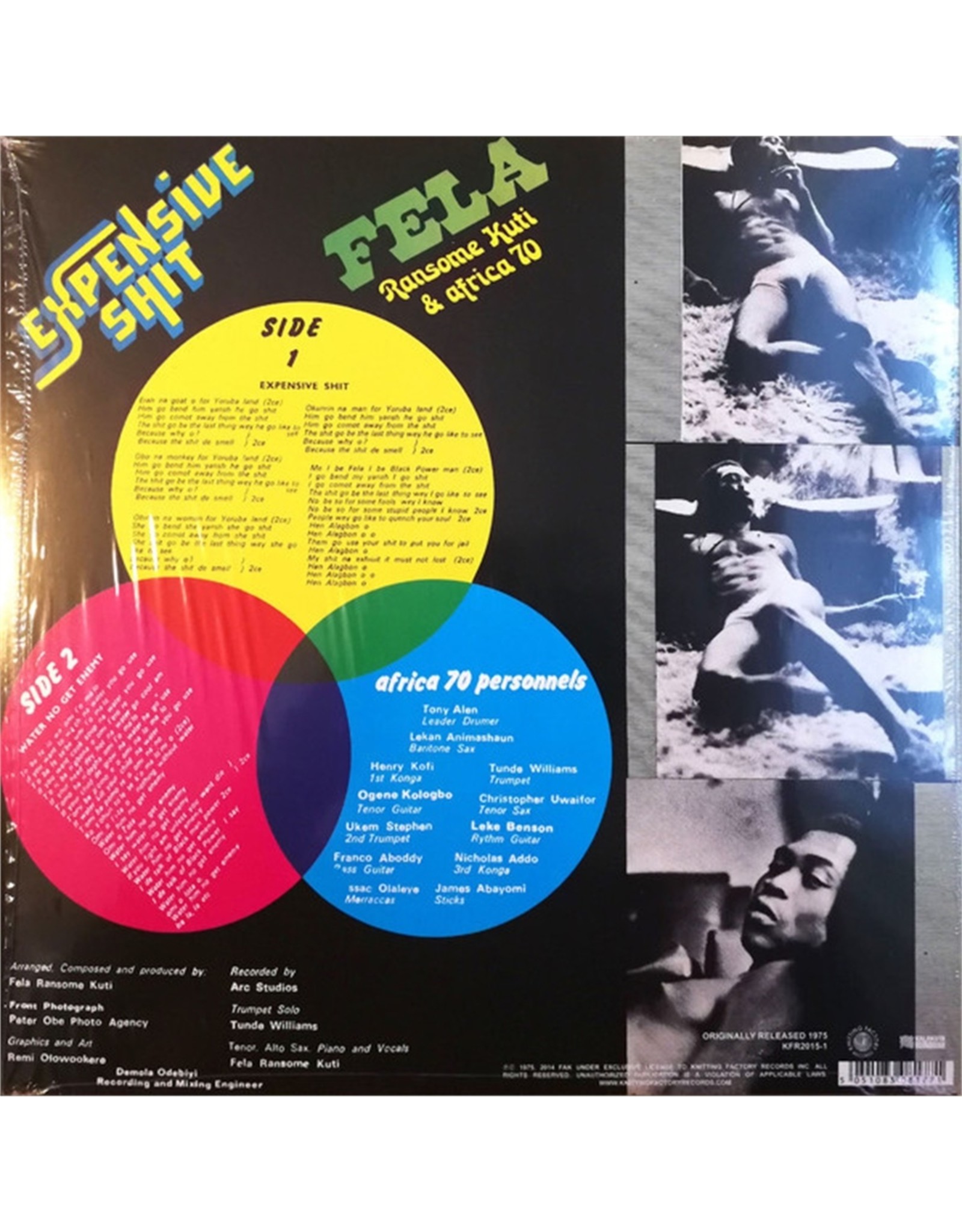 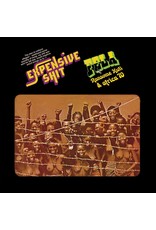 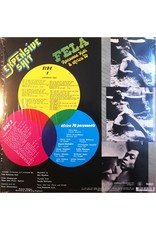 Expensive Shit is the 12th album by the revolutionary Afrobeat pioneer, originally released in 1975.

Nigerian police, seeking to put down this independent-minded rascal, tried to plant a joint on Fela Kuti during a gathering at his home. Wise to their plan, he quickly swallowed the joint, but the police then threw him in jail to produce the evidence from his shit. He escaped charges with some wily plotting, and then produced this song mocking the police for wasting resources on hassling him instead of furthering justice in Nigeria. Opening brass rounds give way to interplay between Fela's narration about the episode and responses from his group of female singers.

"Water No Get Enemy", Expensive Shit's second track, is more philosophical than political, postulating the motion of water as a metaphor for human interaction and the rhythms of society. The music is lighter than the title track, edging on almost poetic but no less moving. 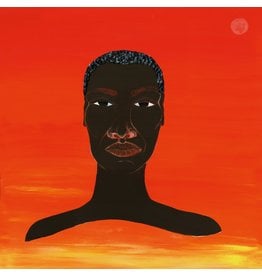