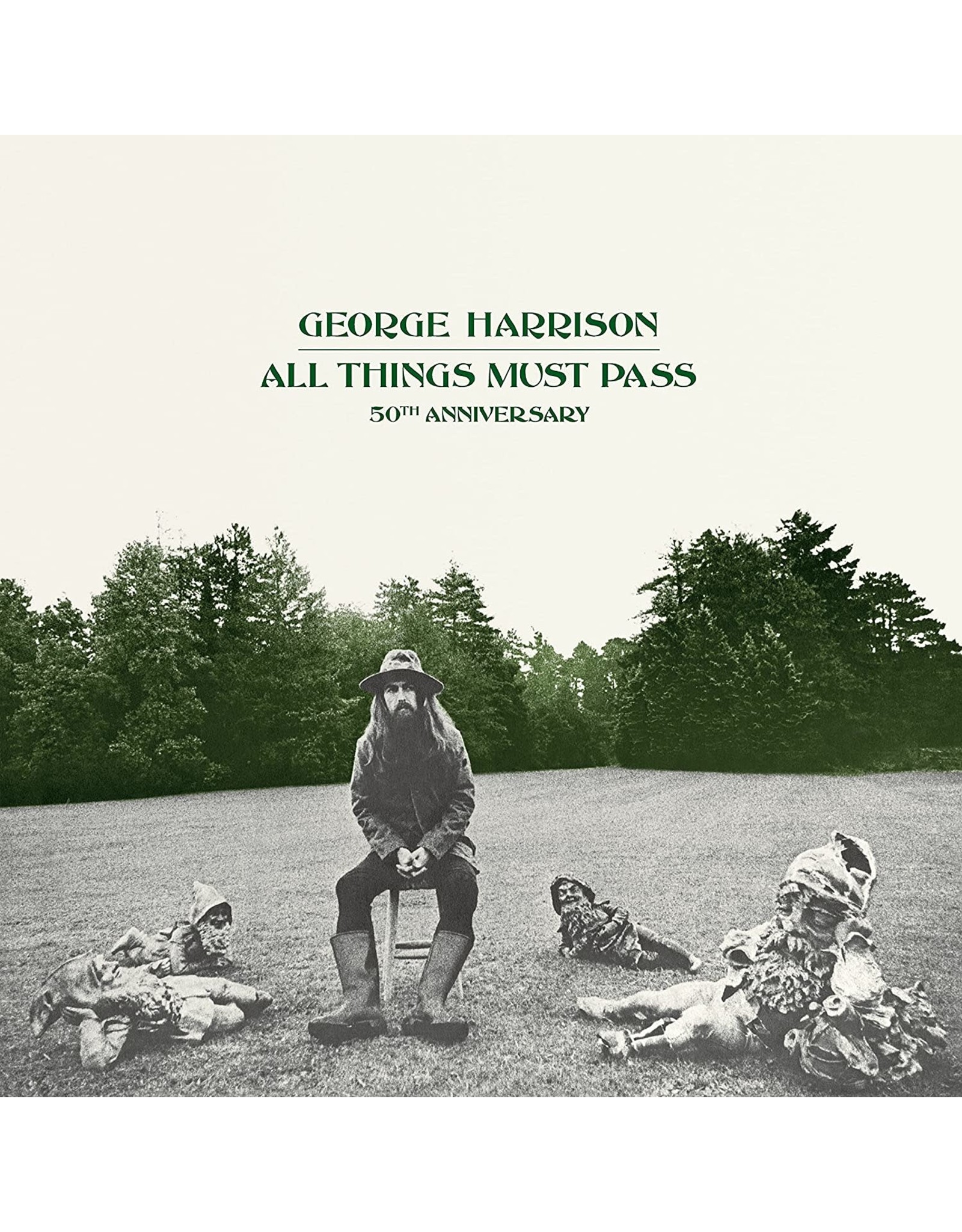 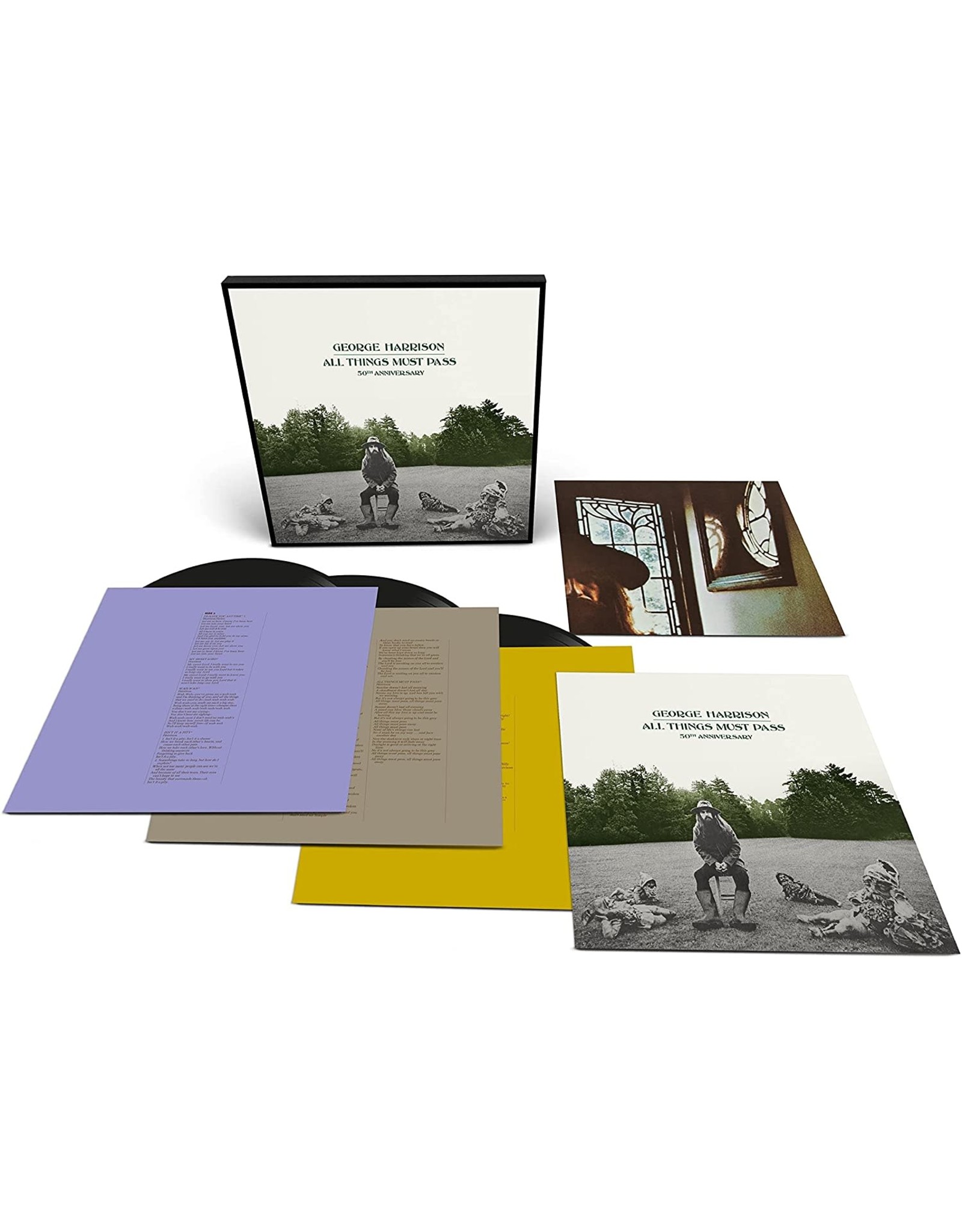 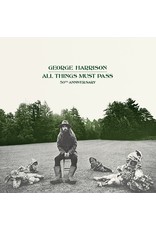 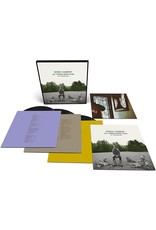 In 2020, George Harrison's son Dhani joined forces with Giles Martin, son of Beatles producer George Martin and the man behind the 50th anniversary editions of several Beatles albums. Their goal was to create nothing less than the All Things Must Pass that George had always wanted. To do so, they dug fearlessly into the original mix. There, they found the missing bass and put it back into the mix. They took George's vocals up several notches, restoring it to prominence. Where possible, they slashed reverb. In general, they remixed tracks in a way that allowed individual parts to speak both individually and as a coherent whole. The result is a flat-out triumph that's spellbinding to listen to.

50th Anniversary Edition. Heavyweight triple vinyl produced by Capitol Records in 2021. This slim box set includes a poster and an 8-page insert with photos and notes from Dhani Harrison and Paul Hicks on remixing the album. Made Czech Republic.

Officially licensed The Beatles standard keychain featuring the iconic drum cover that was seen on many of their iconic performances.
Add to cart
The Beatles / Drum Logo Keychain
C$9.99 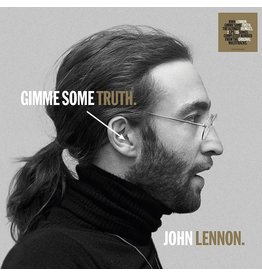 Officially Licensed by Capitol Records. This T-Shirt celebrates the iconic record company that was home to The Beatles, Frank Sinatra, Nat King Cole, The Beach Boys, Tina Turner and many more back in the day.
Add to cart
Capitol Records / Classic Logo Tee
C$32.99
Sale 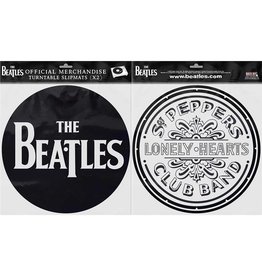 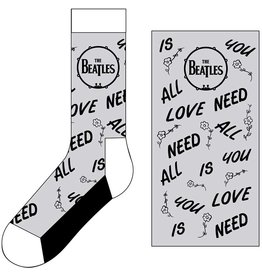 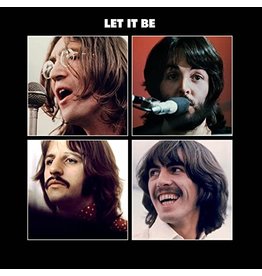 The Beatles final album 'Let It Be', has been newly mixed by producer Giles Martin and engineer Sam Okell. The 1970 album features the singles "The Long And Winding Road", "Across The Universe", "Let It Be", "Get Back" and many more.
Beatles - Let It Be (Special Edition) [2021 Half Speed Master]
C$32.99 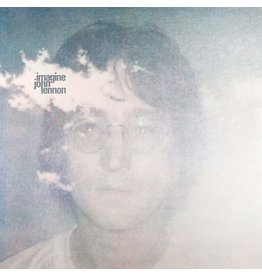 John Lennon released his sophomore album 'Imagine' in 1971. The album features the anthemic title track "Imagine" as well as other highlights like "How Do You Sleep?", "It's So Hard", "Gimme Some Truth", "Jealous Guy" and "Crippled Inside".
Add to cart
John Lennon - Imagine: The Ultimate Mixes (Deluxe Edition) [White Vinyl]
C$56.99
Please accept cookies to help us improve this website Is this OK? Yes No More on cookies »