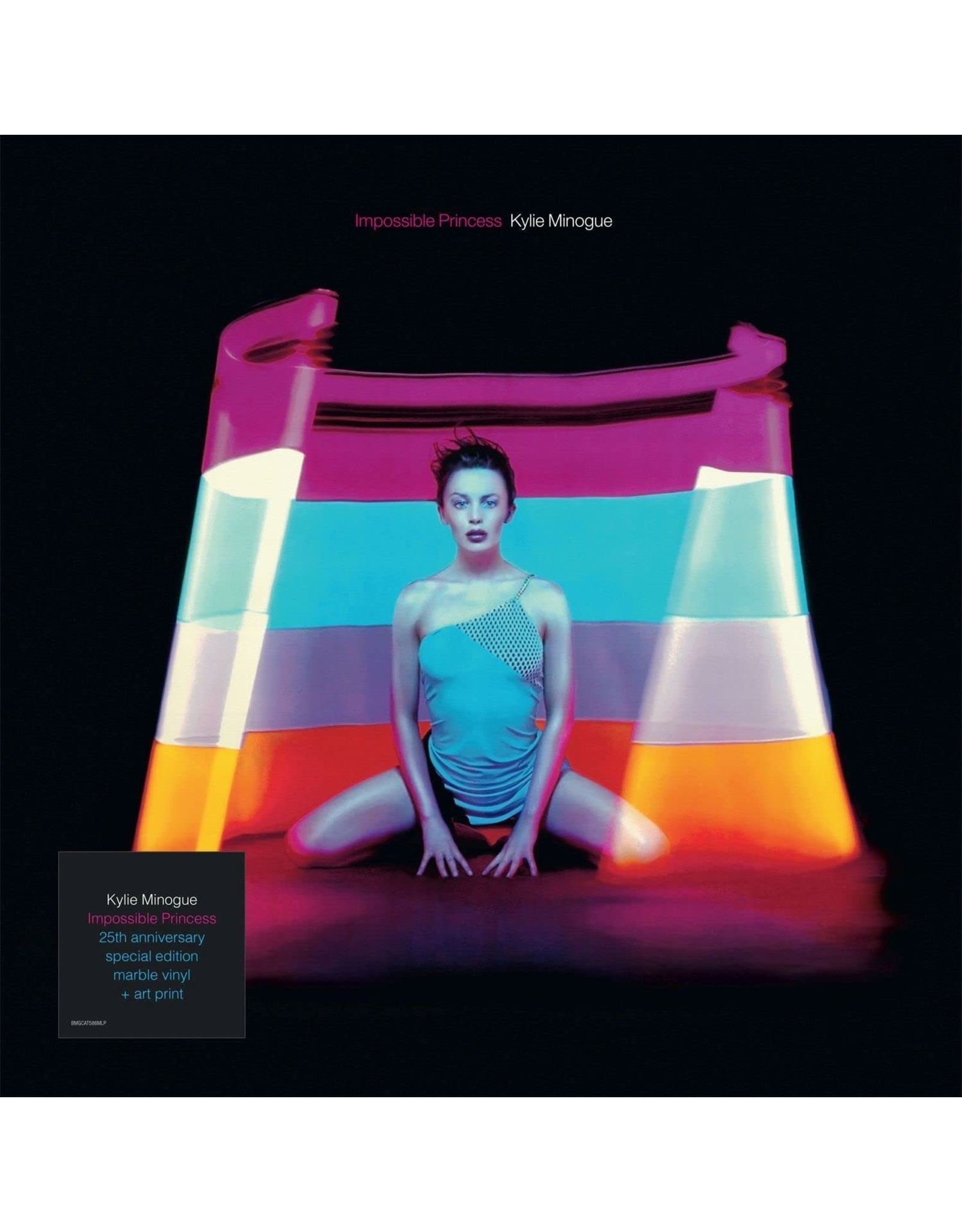 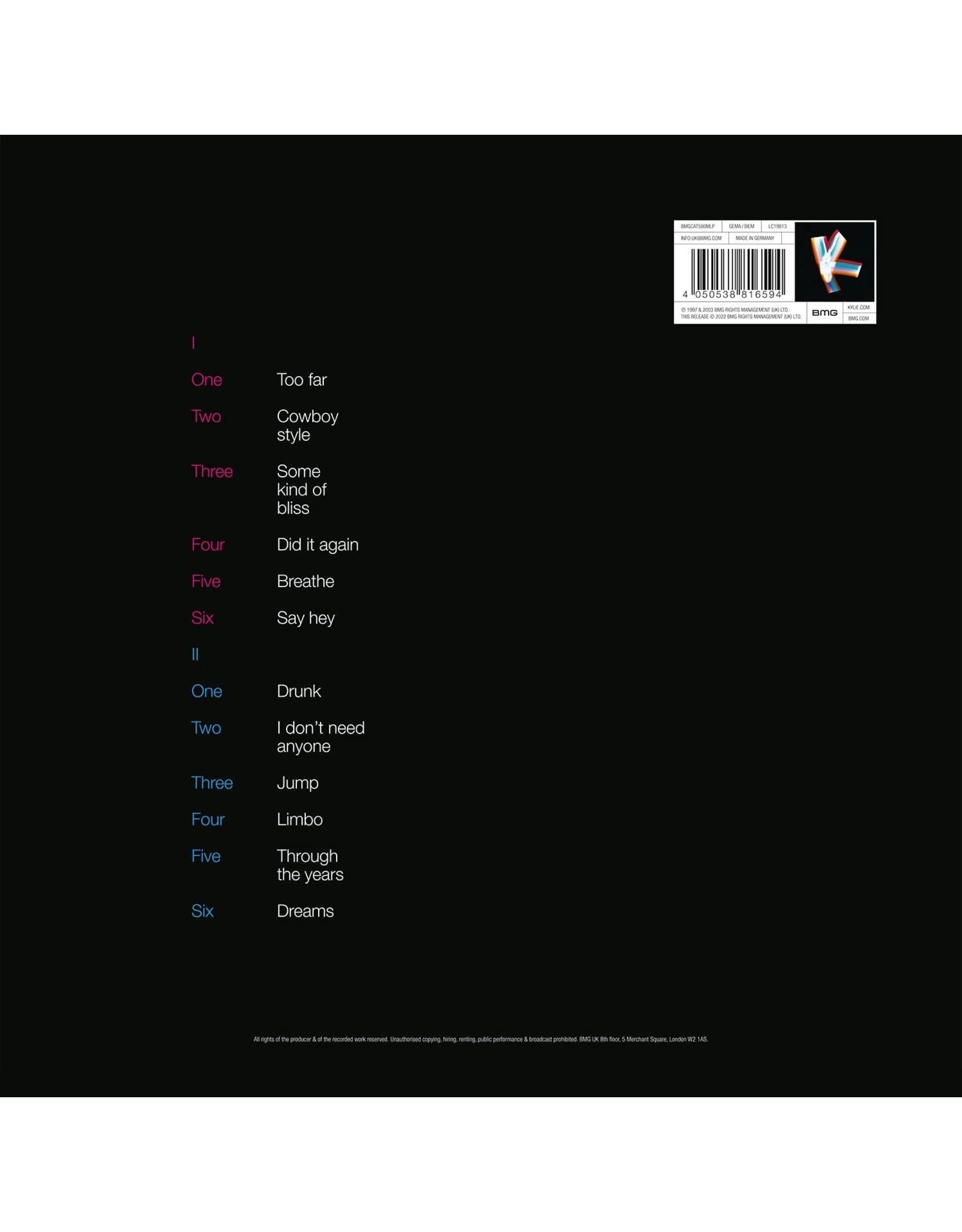 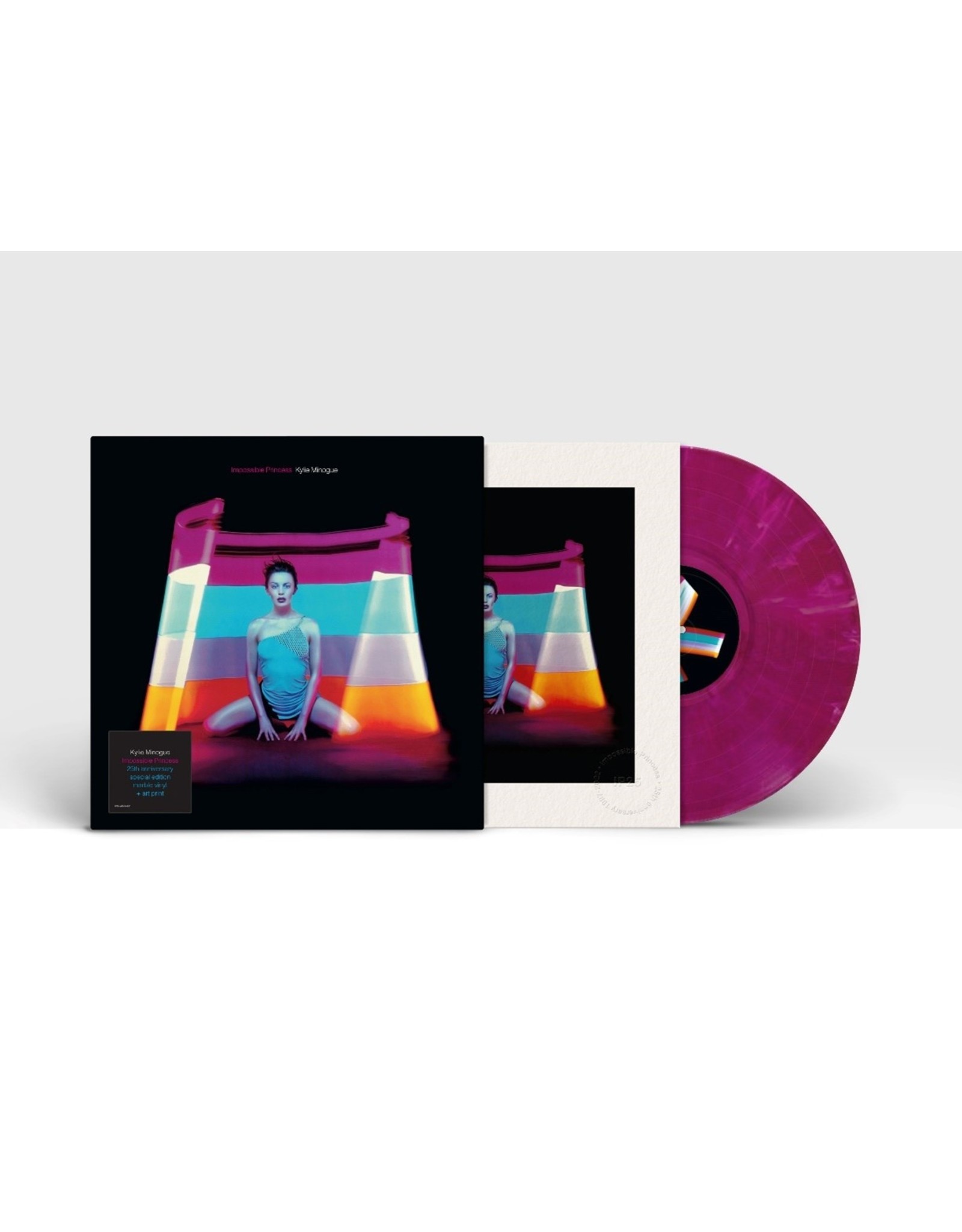 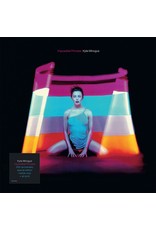 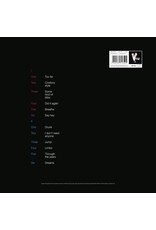 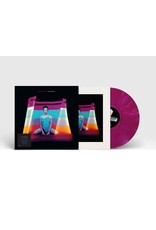 Celebrate the 25th Anniversary of Impossible Princess, the 1997 album from Kylie Minogue with this first ever vinyl release. Impossible Princess is Kylie's sixth studio album and her second for Deconstruction/Mushroom after 1994's Kylie Minogue. The record includes the singles "Some Kind of Bliss", "Did It Again", "Breathe" and "Cowboy Style".

The album marks a further departure for Kylie from her PWL pop beginnings and reflects a more experimental, darker style influenced by late-1990s trip hop, Britpop, rock and electronica. As well as co-producing the record (with Brothers in Rhythm, Dave Ball and the Manic Street Preachers' James Dean Bradfield), Kylie wrote the majority of the lyrics, conveying an intimacy and a freedom of expression inspired by her relationships and travels around the world. 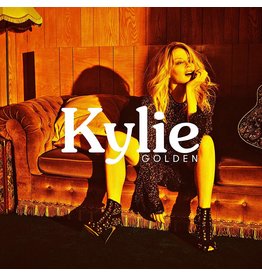 'Golden' is Kylie Minogue's first studio album in four years, the album was mainly recorded in Nashville, which was a first for Kylie. This heavily influenced the sound of the record, giving it a country-pop influence. It features the singles "Dancing" an
Kylie Minogue - Golden
C$24.99 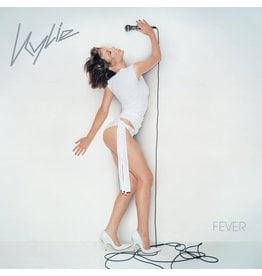 Celebrate the 20th Anniversary of Kylie Minogue's 'Fever' with this much-anticipated standard vinyl release. The 2001 album features the singles "Can't Get You Outta My Head", "Love At First Sight", "In Your Eyes" and "Come Into My World".
Add to cart
Kylie Minogue - Fever (20th Anniversary)
C$29.99
Sale 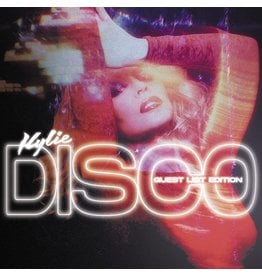 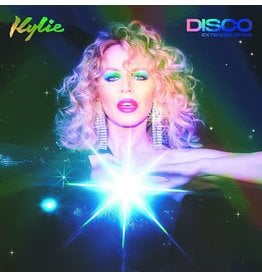 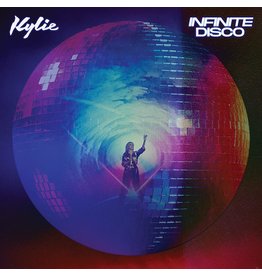 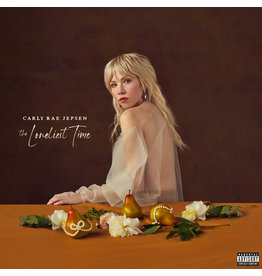 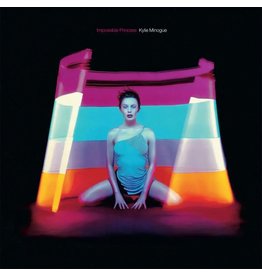 Celebrate the 25th Anniversary of 'Impossible Princess', the 1997 album from Kylie Minogue with this first ever vinyl release. The record includes the singles "Some Kind of Bliss", "Did It Again", "Breathe" and "Cowboy Style".
Kylie Minogue - Impossible Princess (25th Anniversary) [Exclusive Orange Vinyl]
C$39.99
Please accept cookies to help us improve this website Is this OK? Yes No More on cookies »