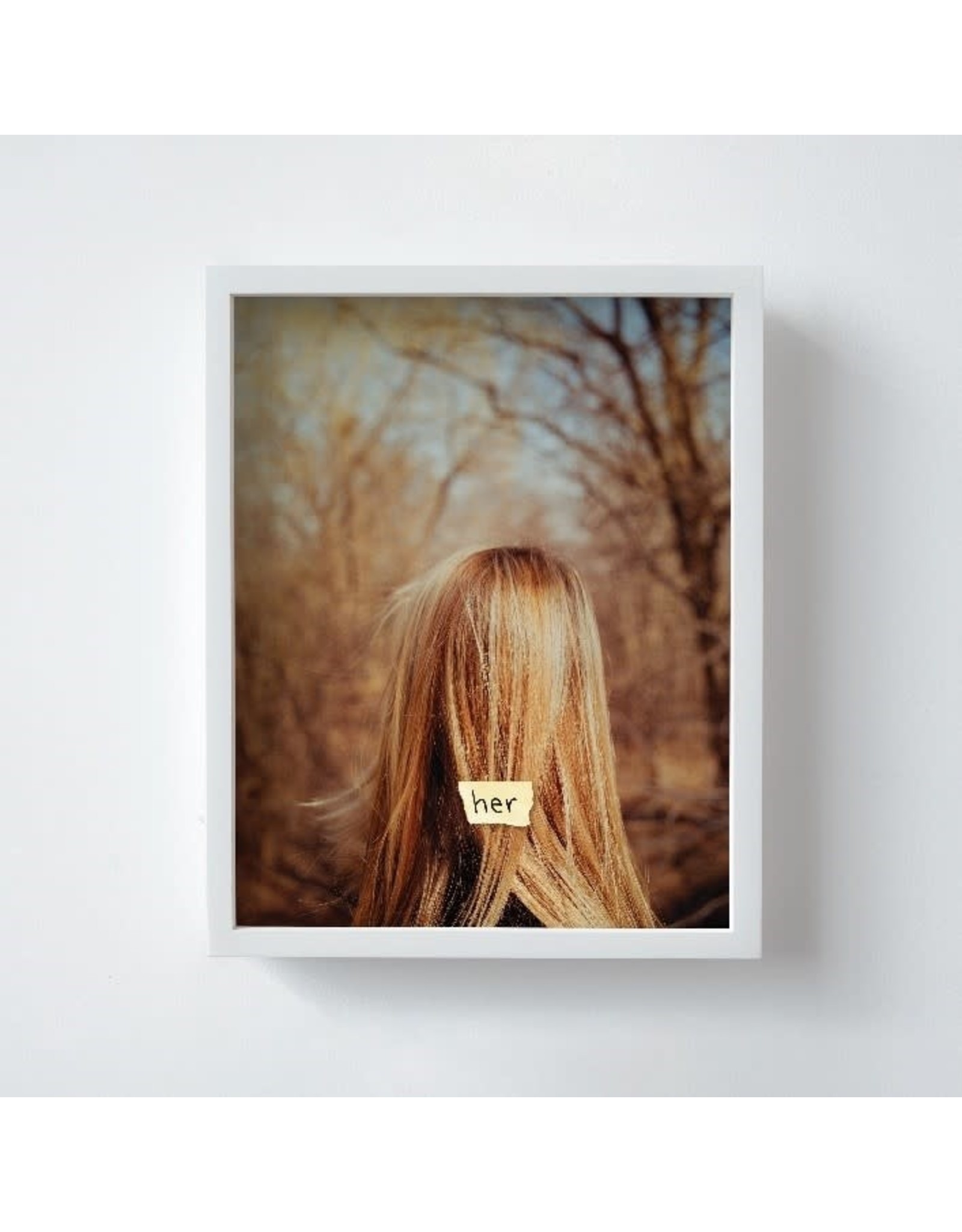 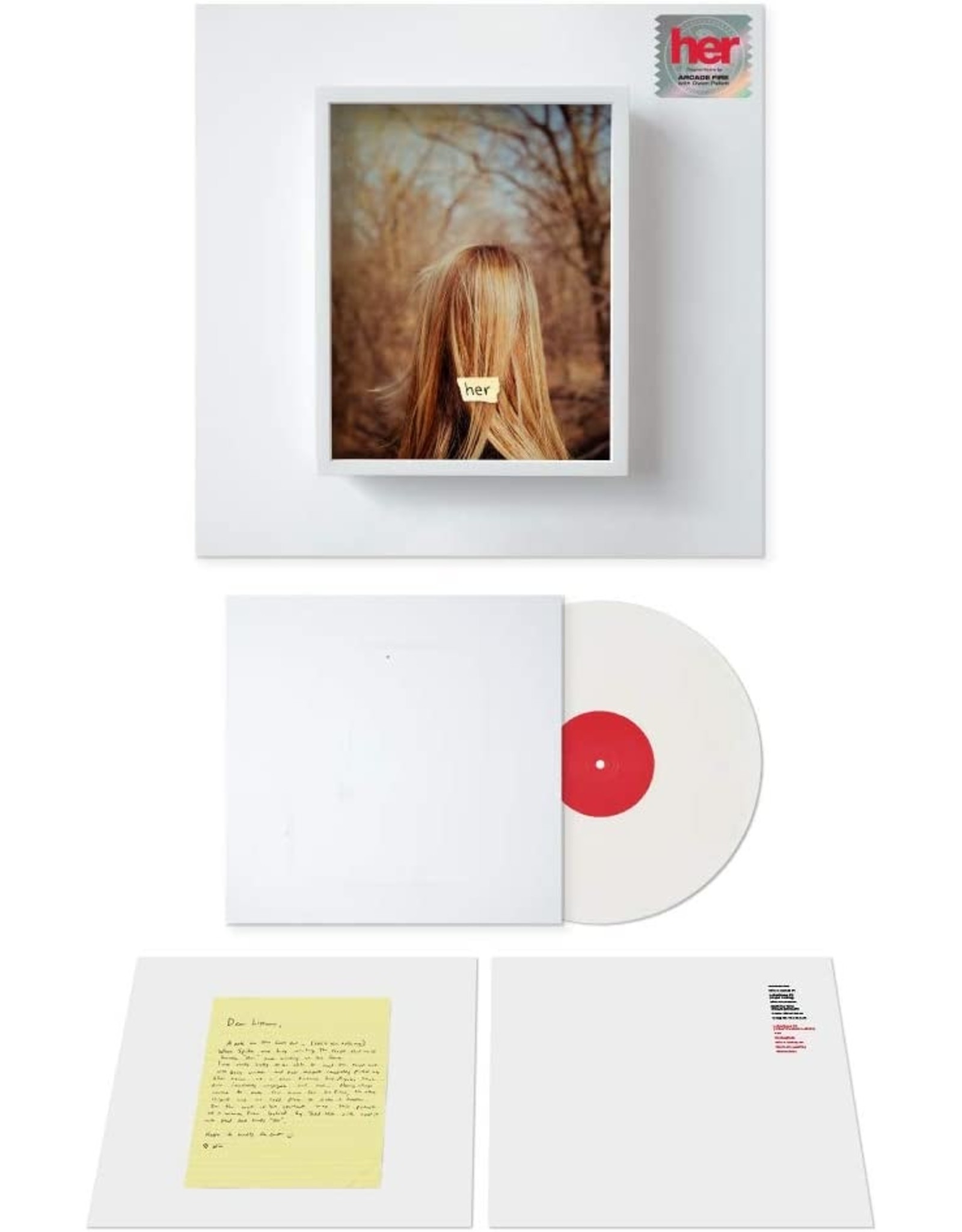 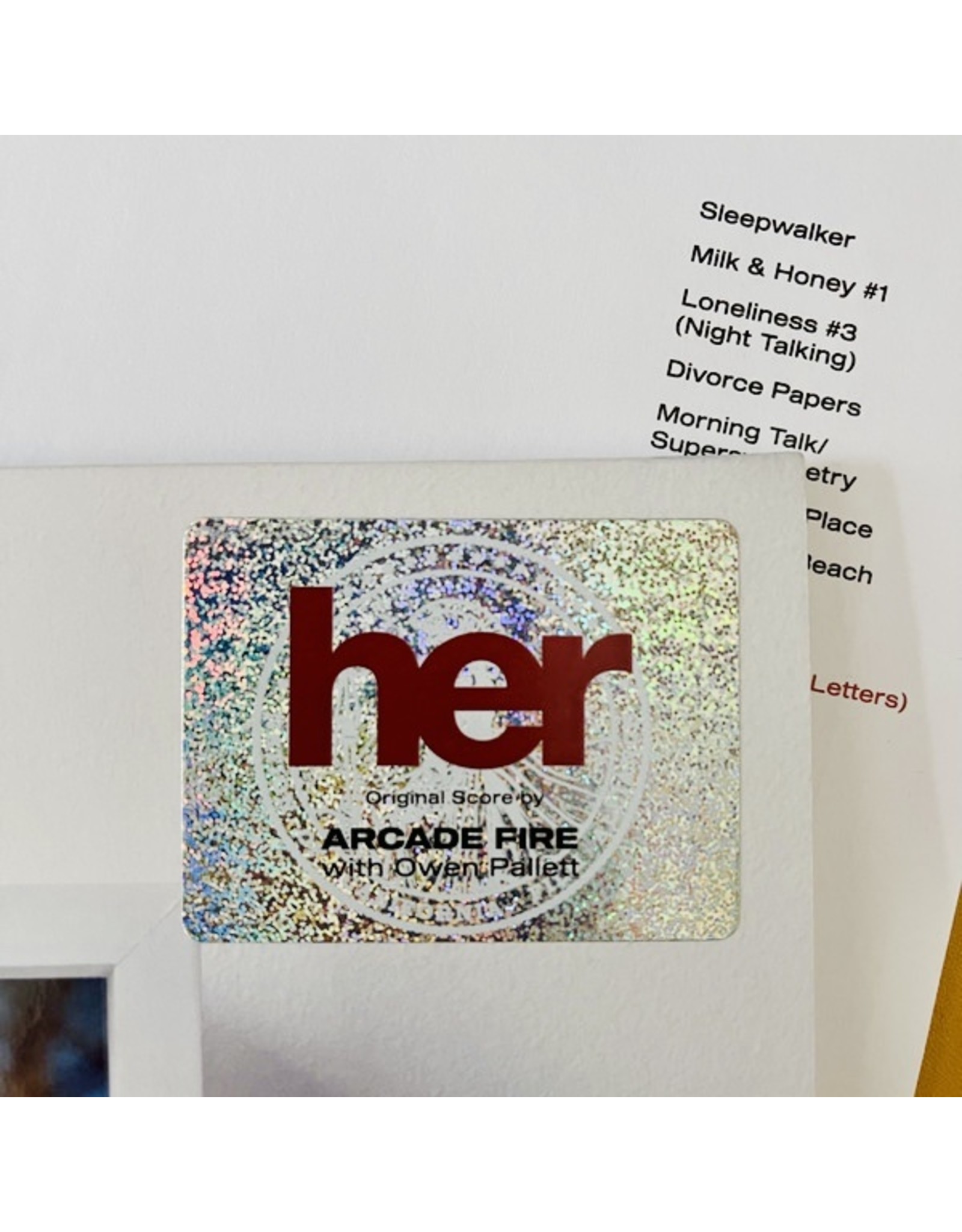 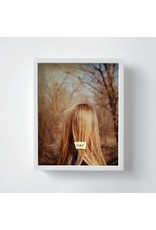 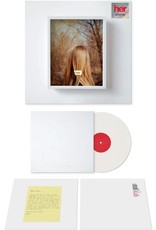 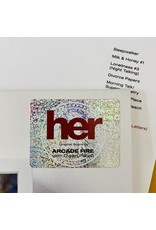 The original score to Her was composed by the band Arcade Fire with additional music provided by Owen Pallett. Their music is a constant companion to Theodore, and runs as a delicate, airy thread through the film. Though critically lauded and nominated for Best Original Score, Her hasn't been unreleased until now. Her (Original Score) features 13 tracks from Arcade Fire and Owen Pallet mastered specifically for the vinyl format, including the delightful "Supersymmetry".

Of the soundtrack’s release, Arcade Fire's Win Butler says, “It was an honour to be asked by our friend Spike Jonze to work on the Her score. There is a mysterious alchemy in the way sound and picture work together, notes and moods shifting and reacting to one another like a kaleidoscope… And even in the absence of visuals, the emotional landscape still remains. We hope you have a moment of stillness to get lost in the music as we did writing and recording it.”

“The band had been talking about this ongoing soundtrack project with Spike for about a year before they asked me to come in to help wrap things up,” adds Own Pallett. “It seemed as if the soundtrack had originally planned to connect with the sci-fi aspects of the story, but Spike was urging a shift toward the score emphasizing the romantic element.”

Arcade Fire's fourth official album 'Reflektor' was hotly anticipated after their commercial breakout success from their previous album 'The Suburbs'. The album was produced by the band, along with LCD Soundsystem front man James Murphy, and long-time col
Arcade Fire - Reflektor
C$39.99
Please accept cookies to help us improve this website Is this OK? Yes No More on cookies »